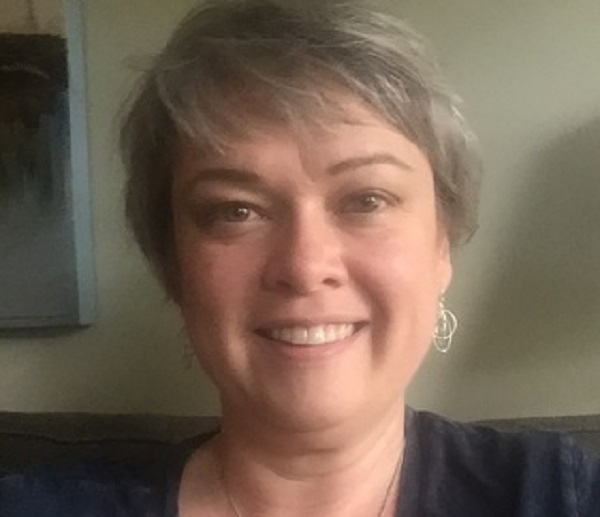 In the world of holistic healing, there are several different disciplines that are mostly relegated to small local businesses, run by people who always instinctively knew there was more to wellness than drugs, surgery and pills.

Among these disciplines, the world of hypnotherapy is one of the most intimidating, on the surface at least.

For many, the mere mention of the word “hypnotism” conjures up images of shadowy figures in movies and TV using their talents to control others or make them do their bidding (“You are getting sleeeeeepy…”).

But what most people don’t realize is that hypnotherapy has become a legitimately successful healing practice in its own right, as hypnotherapists utilize the power of suggestive thinking and reprogramming limiting subconscious beliefs, oftentimes from childhood, to help patients overcome disorders of the physical, mental and spiritual varieties.

One such hypnotherapist is Amy Hale of Plymouth, Michigan (a small, relatively affluent suburb of Detroit), who runs a practice called Changing Lanes dedicated to helping people tackle the stress of stuck emotions and feeling stuck in life in general, through the use of hypnotherapy combined with other techniques such as reflexology, EFT (energy tapping), reiki and reconnective healing.

The following are five questions for Amy, focused on the benefits of hypnotherapy, how she got started in this unique healing discipline, what types of chronic ailments her patients have healed from using her methods (oftentimes after mainstream doctors could not fix their issues), and much more:

NM: How did you get into hypnotherapy and when did you know it could be your career?

AH: It never once occurred to me until about my 30’s, I always thought of hypnotists as those stage hypnotists who do funny tricks, I likened them to magicians and things like that.

I was reading a book called Destiny of Souls, I think his name was (Dr.) Michael Newton, about “lives between lives” and past life regression. For some reason when I read that book, something went off, a lightbulb went off, I felt spiritually called to it.

There was something about it that, there was no way I could look back anymore. When I found that school, it was called the Infinity Institute in Royal Oak (Michigan just north of Detroit). I had a tremendous learning experience with that. The diversity of the people that were in that class was amazing; it was unusual, almost always the students are mostly female, but I had gotten into a class that was all male except for me.

I always had an affinity to help others, my background before was in human resources. People wonder where that transition came about, but I think it’s a natural progression. I researched where the schools were, there weren’t many at the time and then I took a class at a hotel in Troy. It’s a little challenging to find an in person school, but I liked that advantage because we could practice on each other, it wasn’t just reading from a book.

NM: How is hypnotherapy capable of healing people and how does it fit into the overall paradigm of holistic health?

AH: There are many reasons why it can be helpful. When I read that book I learned how people’s lives kind of transformed with hypnotherapy; people come in for a lot of reasons.

The subconscious mind holds those emotions and limiting beliefs that can basically challenge different parts of your life.

When we’re working on, let’s say weight loss, it can affect other areas of your life as well, as we relieve that belief system and replace it with a different and better one.

For example a relationship with a co-worker just got better, something unexpected occurred as well; it’s fun to watch people make that transition into a healthier lifestyle.

I think there’s a little bit of hypnosis in most of life, if you’re reading or do something there can be a shift….Everything is belief systems. Our entire view of the world is through different belief systems you have, so if you’re shifting those belief systems no matter what the modality, that’s a type of hypnosis.

There’s also a lot of people doing emotional freedom techniques, those are popular, everybody’s becoming a coach of some sort…A lot of them have a psychotherapy background and also use techniques such as hypnosis, neurolinguistic programming, EFT, things like that, I often think people need a mixture of things too.

Sometimes we (trace the feelings) back to the first time you felt that way, usually in childhood, you feel emotions and can mess up with them as well, later in life they have a tendency to creep back in for some reason.

We take you through the releasing process of that emotion so you can still have that memory, however when you’re done you’ve become bigger than the memory instead of that memory being bigger than you and affecting you.

NM: Do you have any advice for people looking for a hypnotherapy specialist on what to look for, and can you talk about some of the success stories you’ve seen in your practice?

AH: My advice is to do some research on their background before going.

I used to wonder myself if somebody I knew was really fully qualified, but sometimes their work is even better because they’re really honing their skill and really focused on that.

I think interviewing them is very worthy because most hypnotists, not all of them will give a free consultation. It’s a good idea for you to interview them too because if you don’t mesh with them personality wise you might not have a good experience. Check their background and see what they’ve done in the past, some have a psychology background, a lawyer background.

As far as success stories go, a gentleman came to me years ago, he actually did give me a testimonial and I typed it onto the website, he came in for a fear of stringed instruments and that was a phobia I hadn’t even heard of, I didn’t know it existed.

I don’t even know the name for it, but we worked together for a couple of sessions and I think even after the first session he went home listening to bluegrass on the radio and I’m like “Wow, that’s pretty darn good.”

I didn’t realize how much that affected his life, before he couldn’t go to a movie or turn on the radio, he had to just be careful of where he went, his motivation was that he had gone to the doctor and had just taken up guitar (but could not get better), it’s always nice to have a good motivator, to look for that.

The reason I do that is I haven’t had that many positive responses on the first session, often it doesn’t work because people are new to it. The second session always works better but if the person has shifted that dramatically I don’t think they need to come back.

You can release emotion at any time in a dream state or things like that, obviously.

And then a lot of people, the bulk of most hypnotists use it for weight loss and quitting smoking. After some time there’s a tendency to kind of graduate from that.

Lately we’ve had far fewer smokers and weight loss clients but many more people dealing with anxiety, it seems I work with a lot of anxiety, depression, fears, phobias and social anxieties. I’ve always worked with sports and with couples and relationships.

I tend to get, and a lot of other hypnotherapists do as well, we get a lot of people who have gone through the ringer with the medical system and they don’t know what’s wrong with them so they come to me.

They tend to be my best clients. One lady came in with tremors in her head and her hands, it wasn’t Parkinson’s or anything like that and they couldn’t figure it out.

I took her through a couple of sessions and I think even after the first session she said, “Oh yeah, I have barely tremored at all and haven’t had any pain, I’m like you’re kidding…”

These people even stun me especially if I haven’t had that particular situation before.

Hypnotherapy is a stress management tool, if there’s stress causing it we’re working on it.

NM: Are there any possible downsides to this therapy for people who might be on the fence about trying it?

AH: People do ask me about that, the worst thing that could happen is nothing actually. So many other modalities, people come in and tell me about how it is physically straining on them in some way or they’re sick in some way.

The most anybody does in my office is cry, but crying is such a relieving thing.

I’m used to it so nobody needs to be worried.

NM: Are there maybe three books you’ve read that can help assist people in learning about hypnotherapy or how to combat emotional and other forms of stress?

I’m also an avid participant in reading and watching Tony Robbins. Some people don’t like him because of his personality, but I like it…The first one was ‘Awaken the Giant Within.’

Also Wayne Dyer, any of his books, I started out with them and they help with shifting.

This article is for informational purposes only and is not intended to treat, prevent or diagnose any diseases. Consult a doctor before trying this or any other healing modality.

To learn more about Amy’s work, which includes online, Facetime and Skype consultations and sessions, visit her website, Changing Lanes.