« Rare Footage Shows George Bush’s 1987 Visit to Monsanto, Uttering Seven Infamous Words That Would Change Everything
How to Make a Hummingbird Feeder Recipe That Mimics the Natural Nectar of Flowers » 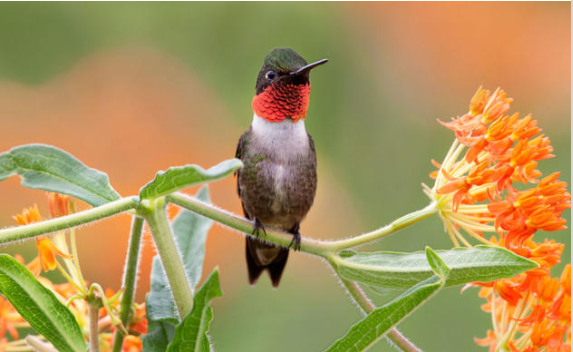 The United States and North America in general have long been havens for a spectacular variety of wild bird species, but the number of wild birds has been on the decline in recent years, to say the very least.

In 2019, a study was published in the journal Science to little fanfare, showing that the number of wild birds has declined dramatically in recent years.

The study estimated that North America is now home to nearly three billion fewer birds today compared to 1970, meaning that more than 1 in 4 birds have disappeared from the landscape in a mere half of a century.

“This was an astounding result, even to us,” says lead author and Cornell Lab of Ornithology conservation scientist Ken Rosenberg, whose university has been a strong supporter of genetically engineered foods and their associated suite of toxic, potentially carcinogenic pesticides over the past few years thanks to a recent $10 million donation from philanthropist and former Microsoft founder Bill Gates to push GMOs on small farmers.

Now, things could be taking yet another turn for the worse, as the United States appears to be moving forward with plans to scale back a century-old law protecting most American wild birds despite warnings that billions of the beloved creatures could die in the coming years.

Bird deaths could pile up if new proposal goes through

The new proposal, which was detailed in a report from the Associated Press, could result in many more deaths of birds, specifically those that land in oil pits or collide with power lines or other structures.

The proposal would end the decades-long governmental practice of treating accidental bird deaths caused by industry as potential criminal violations under the Migratory Bird Treaty Act of 1918.

More than 1,000 species are covered under the law, which has drawn backlash from organizations advocating on behalf of the estimated 46 millions American birdwatchers.

The study did not say how many birds could die but did say that some vulnerable species could decline to the point where they would required protection from the Endangered Species Act, the AP report said. A huge spike in bird deaths could result according to independent scientists, said former U.S. Fish and Wildlife Service Director Dan Ashe.

An estimated 450 million to 1.1 billion birds are killed annually out of an overall 7.2 billion birds in North America, according to recent studies from Ashe’s former organization. The 1918 law came after hunting and poaching had decimated many U.S. bird species, much of it for feathers for women’s hats.

A final decision is expected following a 45-day public commenting period. The proposal is meant to match up to a 2017 legal decision that had effectively ended criminal enforcement under the act, but bird lovers including the president of America’s largest society are not taking the change lightly, to say the least.

“While America is in turmoil, the Trump administration is continuing its relentless war on nature,” said National Audubon Society President David Yarnold about the potential change.

Eight states along and numerous conservation groups including the society have challenged the 2017 decision in U.S. District Court. Birds are already being greatly harmed, the group said, including the destruction of fall nesting grounds for 25,000 shorebirds in Virginia to make way for a road and tunnel project.

The highest-profile case involving the act resulted in a $100 million settlement by BP in 2010 after the company’s oil spill killed approximately 100,000 birds.

“This administration is churning out policies that make it easier to kill birds, pollute our air and water, and endanger our health,” Yarnold said in a statement on the Society’s website.

“The ’comment periods’ where the public is supposed to have a say on new regulations have become a cruel joke. The Administration continues to ignore scientists, experts and 46 million bird-lovers in favor of a few bad corporate actors who can’t be bothered with common sense environmental protections.”

For more information or to make a comment on the pending Act, visit the Audobon Society’s website here.