600 Physicians send letter to White House Stating Lockdowns are a “Mass Casualty Incident,” Causes of Harm from Other Causes Underreported 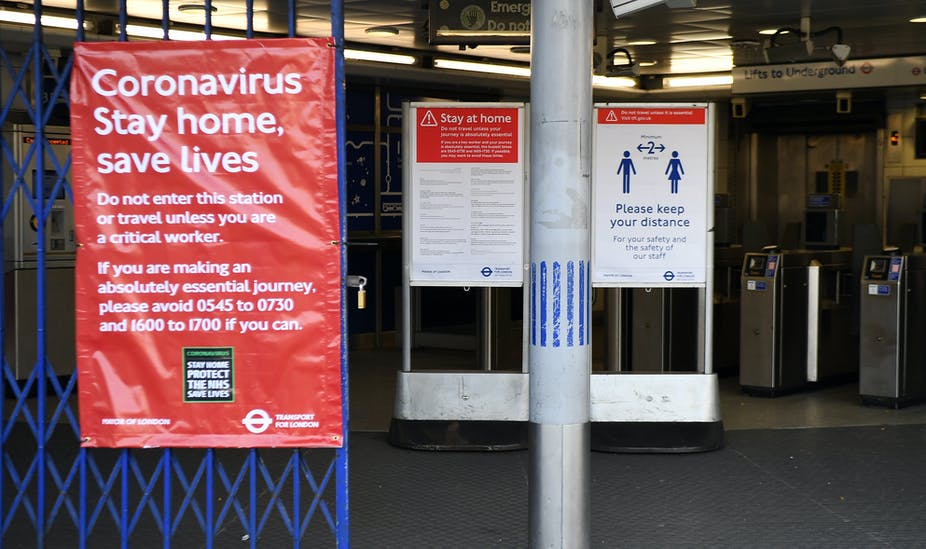 The coronavirus pandemic has caused disease and many deaths around the world, and different countries have responded to it in many different ways.

In the United States, stay-at-home orders passed down by governors are expected to continue until at least mid-June, with the potential for more quarantine executive orders later in the year if a “second wave” of COVID-19 ends up happening.

Some officials are threatening to keep the orders in place until August, even as death tolls drop and immunity continues to rise in many areas.

While the death tolls and numbers of coronavirus cases have been recorded in perpetuity since the outbreak began in January, the virus hasn’t been the only cause of widespread suffering, according to a new letter that has been sent to President Trump by more than 600 of the nation’s physicians.

In the letter, which was written about extensively by Forbes.com and the Associated Press, the physicians state that quarantines themselves are directly contributing to countless undocumented, understudied and oftentimes undereported health problems, constituting a “mass casualty incident” with “exponentially growing negative health consequences” to millions of non-COVID patients in its own right.

“Ending the lockdowns are not about Wall Street or disregard for people’s lives; it about saving lives,” said Dr. Marilyn Singleton, a California based anesthesiologist and signer of the letter who blogs about the damage the response to the coronavirus is doing to the fabric of society.

“We cannot let this disease change the U.S. from a free, energetic society to a society of broken souls dependent on government handouts.”

Dr. Simone Gold, an emergency medicine specialist in Los Angeles, agreed that the lockdown’s negative effects are being widely underestimated.

“The downstream health effects…are being massively under-estimated and under-reported. This is an order of magnitude error,” she said.

Suicide hotline calls have increase 600%, the letter states, and 150,000 Americans who would have had new cancer detected through routine screening have not been able to receive medical attention. In certain areas including Los Angeles, the suicide hotline numbers are rising even higher.

Untreated heart attacks and strokes are also part of the dangers that are occurring, the physicians added.

“We are alarmed at what appears to be a lack of consideration for the future health of our patients,” Gold added.

“Patients fearful of visiting hospitals and doctors’ offices are dying because COVID-phobia is keeping them from seeking care,” the Forbes article stated.

“One patient died at home of a heart attack rather than go to an emergency room. The number of severe heart attacks being treated in nine U.S hospitals surveyed dropped by nearly 40% since March. Cardiologists are worried ‘a second wave of deaths’ indirectly caused by the virus is likely.

Americans’ mental and physical health are both being gravely affected, the letter continued.

“The millions of casualties of a continued shutdown will be hiding in plain sight, but they will be called alcoholism, homelessness, suicide, heart attack, stroke, or kidney failure. In youths it will be called financial instability, unemployment, despair, drug addiction, unplanned pregnancies, poverty, and abuse.

“It is impossible to overstate the short, medium, and long-term harm to people’s health with a continued shutdown,” the letter added, also stating that “keeping schools and universities closed is incalculably detrimental for children, teenagers, and young adults for decades to come.”

Many seek to avoid hospitals, despair that comes with them

Karen Whitsett, a Democratic state representative from Michigan, said that her decision to avoid going to a hospital and to instead treat her COVID-19 symptoms with the controversial drug hydroxychloroquine saved her life.

“It was less than two hours,” before she started to feel relief, according to a report from the Detroit Free Press. Whitsett had experienced shortness of breath, swollen lymph nodes, and what felt like a sinus infection.

She said she instinctively felt like she needed to avoid going to the hospital prior to taking the drug as prescribed by her physician along with an antibiotic, because of the dire situation that had been going on during the midpoint of the coronavirus crisis that has continued into late May.

Hospital visitation restrictions and neglect have turned hospitals into lonely places where morale is dropping like a stone according to some doctors, including Dr. Jane Orient, executive director of the Association of American Physicians and Surgeons, who said the following to Forbes.

“Even patients who do get admitted to hospital, say for a heart problem, are prisoners. No one can be with them,” she said.

“Visitation at a rare single-story hospital was through closed outside window, talking via telephone,” she wrote us.  “To get permission to go to the window you have to make an appointment (only one group of two per day!), put on a mask, get your temperature taken, and get a visitor’s badge of the proper color of the day.”

Dr. Orient added that “zero” cases of COVID-19 are likely prevented by these practices.

But “the loss of patient morale, loss of oversight care, especially at night are incalculable,” she said.

Hospitals are beginning to adjust and reopen their facilities for more “elective” procedures, but now must reconfigure their operations for social distancing.

“As the number of deaths from the virus begin to decline, we are likely to awaken to this new wave of casualties the 600 physicians are warning about,” the Forbes article, which is approaching two million page views, stated. “We should be listening to the doctors, and heed their advice immediately.”

Note: The article, which can be read in full here, also states that the letter was “100% physician grassroots” and “0% GOP.”

This article was first published on May 30 and updated on June 30.