Organic Farmer Sues His Neighbor for GMO Contamination, Forced to Pay $804,000 Instead

In the recent years, multiple court cases have occurred over cross-pollination between a GM crop field and an organic or non-GM crop field.

Few realize it, but farmers growing crops the way that nature intended are forced to pay thousands of dollars simply to prevent cross contamination, or else they leave themselves open to lawsuits from Monsanto and others over “patent infringement” when GM seeds blow onto their fields. Organic farmers have lost billions in export market dollars as well.

Several court cases organic farmer ended up having unwanted GM crops growing on their land, and yet they had to pay Monsanto or GM farmers. What happens if the organic farmer sues the GM-farmer first for contaminating their field? A brave Australian farmer named Steve Marsh did just that, and unfortunately has lost his legal battle, as reported by The Guardian and numerous other news outlets. 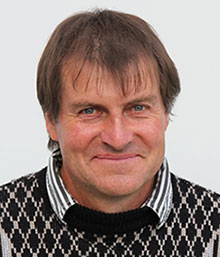 In 2014 Steve Marsh sued his neighbor Michael Baxter after Baxter’s GM seeds ended up contaminating his organic farm. Marsh has lost his organic farm certification for 70% of his farm, because of this contamination his canola crops were no longer organic.

Meanwhile, Baxter was actually financially backed by Monsanto, reported ABC News Australia. Monsanto claims on its website that it pledges to not “take legal action against growers whose crops might inadvertently contain traces of Monsanto biotech genes (because, for example, some transgenic seed or pollen blew onto the grower’s land).”

But its own lawyers made a stunning admission according to court documents, saying that the statement is “vague and without meaning” as noted in this article.

Meanwhile, organic and non-GMO farmers like Marsh are getting a raw deal, and many have said they’ve even had to abandon growing crops like corn and canola that are at high risk for GM contamination.

“We lost our income, practically half our growing income for three years, but it appears that we can’t claim compensation for that, it’s extraordinary. I will try and hang onto our farm, it is our business and we will try and do the best we can. I think that this case has highlighted that more than ever and issues about food and its safety and how we produce it,” Marsh told Australia’s ABC News.

This is not the first time an organic farmer loses a case like this, and unfortunately until  GM crops, it won’t be the last until this unjust situation is corrected.

As Jim Gerritsen, president of the Organic Seed and Trade Association (OSGATA) puts it: “If I decided to spray my house purple and I sprayed on a day that was windy, and my purple paint drifted onto your house and contaminated your siding and shingles, there isn’t a court in the nation that wouldn’t in two minutes find me guilty of irresponsibly damaging your property. But when it comes to agriculture, all of a sudden the tables are turned.”