« Organic Farmer Sues His Neighbor for GMO Contamination, Forced to Pay $804,000 Instead
After Being Poisoned By Pesticides, This Strawberry Farmer Switched to Organic (And Proved Everyone Wrong) » 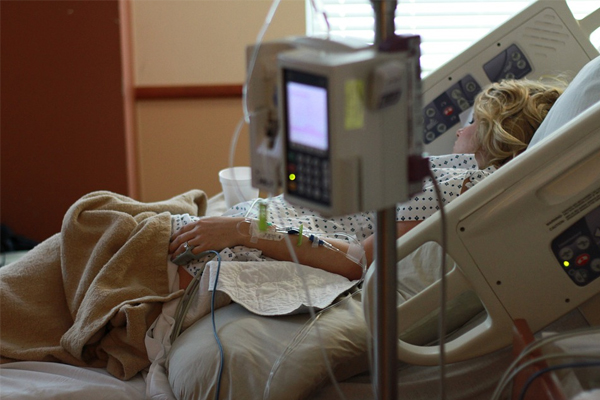 Research shows that 70% of people would prefer to die at home, yet 50% die in the hospital.

There are few things as difficult as the physical and emotional implications of a terminal cancer diagnosis. But even worse is that most of these patients go on to receive unnecessary medical treatments that have virtually no chance of prolonging their lives (yet prolong their suffering in many ways).

Dying in a hospital, hooked up to tubes is not only unnecessary, but often kills the patient faster. A new study from Japan just concluded that terminal cancer patients who choose to die at home, live longer.

Patients who Died at Home Lived about 45% Longer

The 2016 study published in the peer-reviewed journal of the American Cancer Society CANCER was conducted by Jun Hamano, MD, of the University of Tsukuba in Japan and his colleagues. The scientists looked at 2,069 dying patients, out of which 1,582 were treated in a hospital, and 487 spent their last days at home. Patients at the hospital lived on average for 9 days, while patients at home for 13 days.

“The cancer patient and family tend to be concerned that the quality of medical treatment provided at home will be inferior to that given in a hospital and that survival might be shortened; however, our finding–that home death does not actually have a negative influence on the survival of cancer patients at all, and rather may have a positive influence,” said Dr. Hamano.

Chemotherapy is Unnecessary for Many Terminal Cancer Patients

When patients die in the hospital, what are the medical procedures that they have to endure unnecessarily? Chemotherapy is often one of them, but a study from 2014 showed that chemotherapy is unneeded and is also the cause for other potentially difficult and painful medical interventions.

Published in the BMJ, the study found that terminal cancer patients receiving chemotherapy are less likely to die where they want to, and more likely to undergo other medical procedures that prolong their suffering.

“Our finding that patients who received palliative chemotherapy were at risk of receiving more aggressive end-of-life care underscores the importance of oncologists asking patients about their end-of-life wishes. We often wait until patients stop chemotherapy before asking them about where and how they want to die, but this study shows we need to ask patients about their preferences while they are receiving chemotherapy to ensure they receive the kind of care they want near death,” said Alexi Wright, MD, lead author of the study.

(There is of course data suggesting that chemotherapy does not prolong life for anyone, neither terminal cancer patients or any other patient).

Dying in Hospitals is Expensive and Uncomfortable

Unnecessary treatment procedures do not hurt only cancer patients, but all dying patients in general.

It costs Medicare $50 billion a year for medical care for elderly cancer and other patients in the last 2 months of their lives, yet 20-30% of these medical procedures are meaningless and do not have any positive effect on the patient’s last days, reported CBS News.

Dr. Ira Byock explained that it costs about $10,000 per day to have a person in the Intensive Care nit (ICU), where up to 20% of the Americans spend their last days, uncomfortable and isolated from loved ones. As Dr. Byock puts it, patients do not exactly enjoy their last days in the ICU, and it’s easy to see why:

“…It’s extremely expensive. It’s uncomfortable. Many times they have to be sedated so that they don’t reflexively pull out a tube, or sometimes their hands are restrained. This is not the way most people would want to spend their last days of life. And yet this has become almost the medical last rites for people as they die,” Byock said. All the studies above point to the fact that the medical establishment is not providing the best options for terminally ill patients, and the main cause of that might be the doctors themselves.

The main obstacle is that doctors hold on to the idea of prescribing medical procedures for too long, instead of realizing when care is no longer possible (at least through their modalities) and allowing the patient or their families to make a choice between hospital stay or home stay.

Some “believe that they must do everything to prolong life regardless of the pain and suffering involved and fear that offering comfort care may suggest they have given up or failed,” according to the APA.

Of course, there is a growing undercurrent of people who believe that doctors are overzealous in their “predictions” of how long their patients have to live, citing the countless stories of people who have reversed supposedly incurable diseases through holistic treatments.

At any rate it’s well worth knowing your options, discussing them with your doctor, and ultimately making the decision that’s best for you and your family.