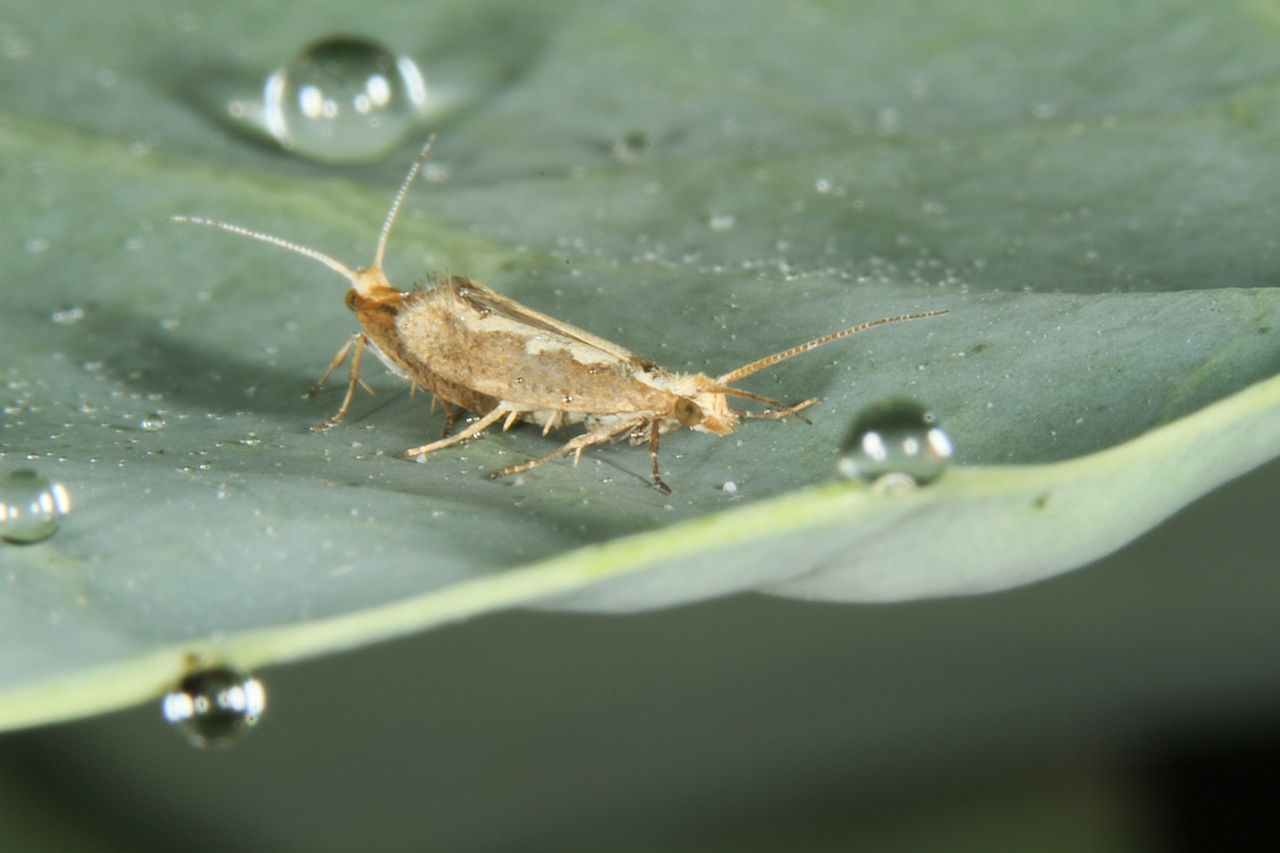 Genetically engineered moths have been released into the wild for the first time ever by a British company. Photo via D. Olmstead/Cornell University

Recently, a whole new application for genetic modification technology has been undertaken by a company out of Britain, and its latest experiment is being carried out in the northeast part of the country in hopes of wiping out a major crop pest.

But unlike what has been the case with GMO foods and pesticides in the past, this particular technology doesn’t involve any targeted chemical applications; just the animals themselves, and it could be on its way to a farm near you, if the company has its way.

GMO Moths Released Into the Wild in New York

Diamondback moths are considered to be among the biggest crop pests around the world because of the tendency of its larvae to spend its time munching on popular food crops in the brassica family, including cabbage, kale, and broccoli.

But the moths are especially hard to control considering their elusiveness and sheer numbers.

In order to combat the ongoing problem of diamondback months, a British company, Oxitec, has developed a novel attempted solution to the problem: the creation of male moths that have been genetically modified in a laboratory setting to kill off second-generation female moths.

Oxitec has previously been involved in controversies at the municipal level involving its genetically engineered mosquitoes.

This time around, the company released its GMO diamondback moths into the wild in New York State in hopes of killing off members of the female population and keeping overall numbers low.

The moth field trial is the first for a crop pest, the company said according to an article from NewScientist.com. The novel GMO moths were created by adding a gene that codes for a red fluorescent protein, so the insects can be easily identified in the wild.

A second novel gene added through genetic modification kills larvae soon after they hatch, but the catch is that this gene only switches on in the female moths.

When the male GMO moths mate with wild females, all the female offspring die, leaving the remaining males to pass on the lethal gene to their offspring.

Traditional organic methods for controlling diamondback moths include crop rotation and planting “trap” crops on the perimeter of fields in order to intercept the moths naturally, but such strategies can be difficult to execute.

The moths are also becoming resistant to virtually all types of insecticide sprays in recent years.

The company said it plans to begin selling its GMO moths to farmers in the United States, and may use similar technology to take on other types of pests.

But critics have said that more studies are needed before more GMO insects are released into the wild considering that it’s impossible to know what repercussions might happen in the long run without long-term safety testing.