« The Benefits of Himalayan Salt Lamps Include Improved Sleep Quality, Cleaner Air and Much More
“I saw death in her eyes” – Chuck Norris Warns about A Common Medical Procedure That Almost Killed His Wife (Millions of Americans Undergo It Every Year…) » 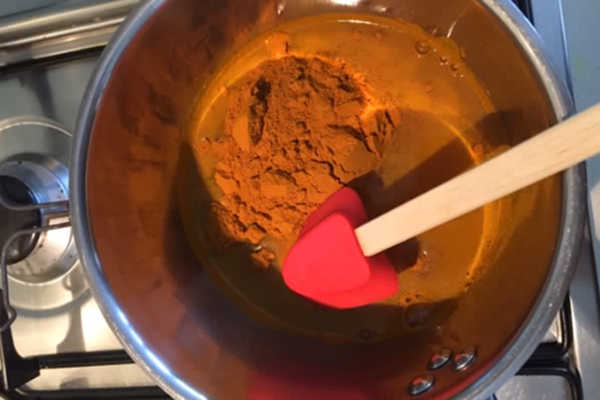 A Turmeric Golden Paste mixture in the making (YouTube).

Golden paste is a turmeric-based paste that taken orally provides health benefits to humans as well as animals (dogs and horses). Turmeric, known for is anti-inflammatory properties and used medicinally for over 4,000 years, is great for arthritis, skin health, immune system, and even cancer. Recent studies have confirmed that it may be as effective as 14 different Rx drugs – without the side effects.

Taking it daily in a paste designed to improve absorption an easy way to tap into its enormous benefits.

How to make Golden Paste:

This recipe for golden paste requires the following ingredients:

This recipe was developed by Doug English, a veterinarian who has utilized the ancient healing spice in all manner of animals ranging from dogs to cats to the more exotic like alpacas and even crocodiles. His research can be found on his website TurmericLife.com.au, where he tells the story of how he used his mixtures on horses, which began to thrive under his care thanks in large part this “miracle” spice.

Why add Black Pepper? It is beneficial to take black pepper with turmeric (and it is in the golden paste recipe) because it helps the body to absorb turmeric.

A 1992 report in Clinical Pharmacokinetics on black pepper explained why some studies did not show the same benefits of turmeric as the others did. The human body has a tough time utilizing curcumin effectively. However just a small amount of black pepper boosted bioavailability of curcumin by up to 2000%, the study shows.

How to use golden paste: A lot of people incorporate the golden paste into their diet or daily routine, instead of taking it once in a while like a “medication.” The paste can be taken as is in small amount (1/4 tsp recommended by Doug) 2 to 3 times a day, or mixed with honey for a better taste.

It also can be added to different dishes: salads, smoothies, curries, rice or soup. Experiment with what tastes better for you. A simple and delicious turmeric rice recipe can be found here.

Turmeric Dosage (in all forms):

Note: many studies have shown that higher doses of turmeric are needed for greater medicinal benefits. Standard dosage may be better for preventative, every day use.

What is curcumin? Curcumin is the principle curcuminoid, a compound in turmeric that gives it its yellow color and is also responsible for the amazing health benefits. The percentage of curcumin in turmeric varies depending on type – medicinal or aromatic, as well as where it was grown, and how it was processed. Some percentage of curcumin is lost during the heating process when making turmeric powder, which is why raw turmeric is very healthy.

A 2010 peer-reviewed research article published in The International Journal of Biochemistry & Cell Biology concluded that “the various effects of curcumin has been widely studied in Western systems of medicine for decades, and has been found to possess antioxidant and anti-inflammatory activities. Considering that inflammation plays a major role in most chronic illnesses, anti-inflammatory agents are needed for prevention purposes. Because curcumin inhibits multiple pro-inflammatory pathways and is affordable, this phytochemical should be further explored for prevention and treatment of various chronic diseases.” 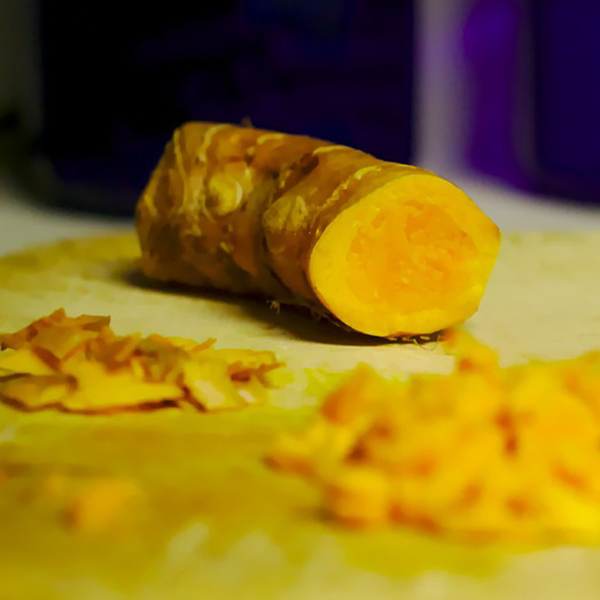 Turmeric and Arthritis: In traditional Chinese and Indian Ayurveda medicine, turmeric is used to treat arthritis. A 2006 study found the turmeric helps reduce join inflammation. A different study from the same year found turmeric to have anti-arthritic effect. And a 2012 study provided evidence that curcumin might even be more effective for rheumatoid arthritis than anti-inflammatory drugs.

Turmeric for Digestive Issues: Curcumin stimulates the gallbladder to produce more bile, which may aid digestion. The German Commission E, a scientific advisory board equivalent to the FDA, approved turmeric for digestive problems.

A 2006 double-blind, placebo-controlled trial found curcumin helpful for keeping ulcerative colitis in remission. And a 2013 paper concluded that curcumin is “a very promising new therapeutic option for the treatment of gastrointestinal and hepatic diseases for which present therapies are largely unsatisfactory.”

Turmeric as First Aid: Turmeric can be used to treat wounds, cuts, rashes, bruises, insect bites, and swelling. A 2014 article from Life Sciences concluded that topical application of curcumin has a great therapeutic effect on skin wounds. And a 2006 study concluded that it accelerated wound healing.

For a turmeric paste to use topically all you need is 1 part turmeric powder and 8 parts of water (the paste keeps in the freezer). Warning: Do NOT use on open wounds that can get infected. Read more information about wound healing at One Green Planet.

The article concluded that “curcumin can modulate multiple cellular signaling pathways and interact with numerous molecular targets. Thus, it may have the potential to act against a large number of cancers…The safety, low cost, and already proven efficacy of this ‘age old’ natural medicine makes it a promising agent for the treatment of an ‘old-age’ disease like cancer.”

Starwest Botanicals, a small company out of California – recommended to me personally by a few naturopathic doctors, sells organic and kosher-certified turmeric powder on Amazon as well as their website. This company is great for buying herbs wholesale.

Another company is Frontier Co-Op from Iowa. Their turmeric is certified organic and in bulk as well, and is also fair trade. Available on Amazon or their website.