« “I’m Not At Risk:” Elon Musk Calls Out “Stupid Person” Bill Gates Over Coronavirus Vaccine, Says He and His Kids Won’t Take It
Centenarians (100 years-plus) Around the World Share Their #1 Tip Each for a Long and Healthy Life »

One of the most popular graphics that has made the rounds over the years praises the health benefits of Graviola, the super fruit/herb/tree from the Amazon Rainforest, and its “powerful effects at stopping cancer.”

But is there any truth to this meme, or is it just an Internet legend? 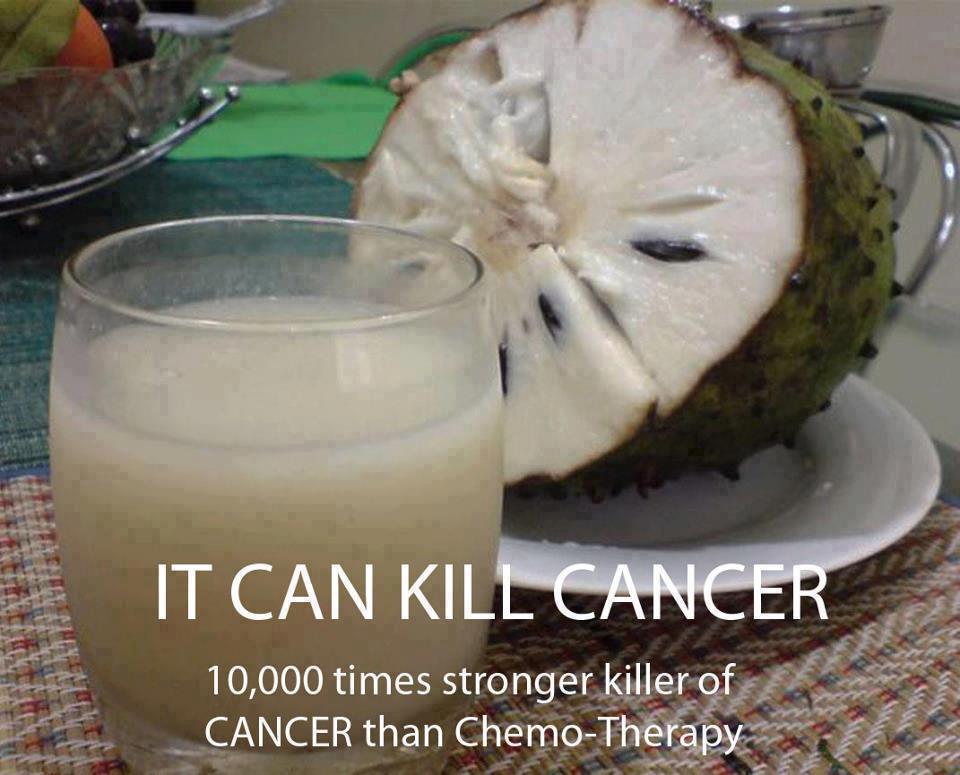 Is there any truth to this meme whatsoever? And is the fruit really the healthiest part of the plant? Shown are three Graviola (Soursop) fruits hanging from the tree. You can click here to check out a wild-harvested, organic Graviola supplement.

The university spent millions on researching Graviola (and other plants for their anti-cancer effects including a similar one, the pawpaw, which actually has more of those compounds) and eventually found out some promising news: the compounds were shown to be powerful at inhibiting the growth of cancer cells, while remarkably leaving normal cells along. These compounds from Graviola were also found to work against drug-resistant cancer cells as well.